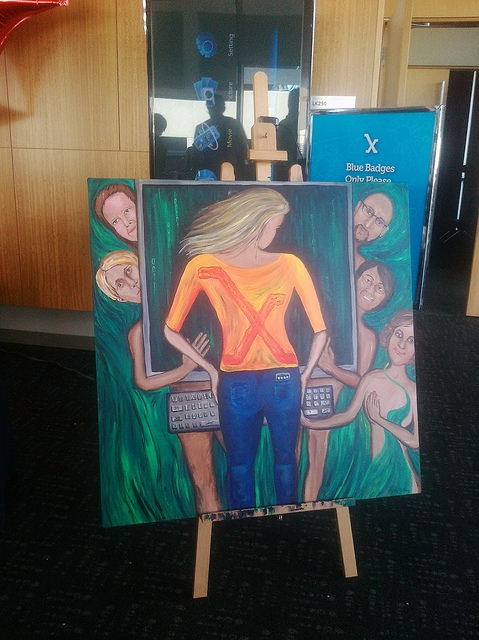 What if we redefined the Quantified Self movement to include everyone who keeps a pair of “skinny jeans” in their closet? What if the 85% of U.S. adults who own a cell phone understood that it’s potentially a tool for health tracking? What if everyone designing health care tools first talked with patients and caregivers about what they need, instead of making assumptions, without input?

These were the themes of two talks I delivered recently, first at Stanford Medicine X and second at the Connected Health symposium. Here’s what I said:

The e in e-patient stands for engagement. 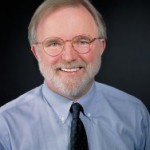 Tom Ferguson was an MD who believed he saved more lives by not practicing medicine in the traditional sense, but by forging a path we have come to call participatory medicine. He was my mentor for the six years I knew him before he died, in 2006, and he continues to teach me as I review what he shared with me.

He coined the term “e-patient” which many of us use today to describe people who are engaged in their health.

Tom saw clinical care as one piece of life’s puzzle. A person’s own motivations, experiences, and values form other pieces of the puzzle. Tom recognized that clinicians shouldn’t try to fit the pieces together for their patients, but rather act as a guide when life intersects with medicine.

Think, for a moment, about the puzzle pieces of your own life. Think about the pieces you know well and the ones whose edges are blurry or indistinct. How can you go about learning the shape and contours of those mysterious pieces? And which ones intersect with health and medicine?

Now think about how a clinician might view your life’s puzzle. How can you help them to see how the pieces fit together? Which pieces do you want to keep private and even hide from view, because they are too personal or scary or embarrassing to reveal? What self-knowledge do you wish you had and do you want to share it with anyone other than yourself?

These are the sorts of questions that the Pew Internet Project and California HealthCare Foundation considered as we went into the field with our latest health survey. I’ll give you a sneak preview of the results related to engagement, because I think our field is moving too fast for me to wait for publication.

We decided to focus a section of our survey on self-tracking, which is really self-discovery, a basic component of engagement.

Looking at my own life’s puzzle, I don’t think of myself as a self-tracker. I don’t own a FitBit or a Zeo. I run, but I don’t track my mileage or my pace. I don’t even own a scale, relying on that time-honored measurement – do I fit into my skinny jeans? Raise your hand if you own a pair of “skinny jeans.”

But I realized that, in this case, I represent what we internet people call “the normals.” The vast majority. The opposite of the early adopters. The people you may want to reach. So I set out to take some measurements.

We found that 60% of American adults track their weight, diet, or exercise routine. One-third of American adults track health indicators or symptoms, like blood pressure, blood sugar, headaches, or sleep patterns. One-third of caregivers – people caring for a loved one, usually an adult family member – say they track a health indicator for their loved one.

Putting that all together, 7 in 10 American adults are self-trackers. 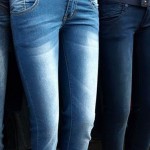 But guess what? Half of them are tracking “in their heads.” These are my people. I’m calling this group the “skinny jeans trackers.”

My question for you is: How are you going to create something that is as easy to use, as simple to fit into someone’s life as keeping track in their head? That’s your goal. Those are the people you may want to reach. They are self-tracking “sleeper cells” that you want to figure out how to activate.

In our health surveys, we ask people if they are living with diabetes, lung conditions, heart conditions, high blood pressure, cancer, or the catch-all “any other chronic condition.”

This is the kind of data that you can use to map the frontier of health and health care. That’s why I call myself an “internet geologist.” You need to know the history of the land you live on. You need to understand the patterns of current technology use so you can build something that will last. Don’t build your house on sand, build it on bedrock. Lay down paths where people already walk.

So, where are the paths online? How can you follow people – or redirect them to a healthier lifestyle?

The path that most Americans are traveling is on their mobile devices.

Given the rise of smartphones and online tools, should we expect to see the percentage of self-trackers go up? Should it be our goal to see 100% participation in self-tracking among people living with chronic conditions? What about among caregivers? And the general public?

Note that last bullet: look for outliers. Watch the mainstream, but also keep an eye out for pioneers.

For example, there are some intriguing small groups, like the men who have a menstrual cycle app on their phone. They might be tracking fertility, either trying to make a baby or avoid it. I am sure we can all think of other reasons to track menstrual cycles.

Speaking of which – this is for the ladies – how many of you have showed up for your annual exam and not been ready with the date of the first day of your last period? Your clinician expects you to self-track and is exasperated if you don’t keep good records and share it with them. Or at least mine is.

People living with diabetes face the same challenges around the expectation of self-tracking. As a blogger who goes by @txtngmypancreas wrote recently: “As patients it’s not enough that we have to live with the disease itself. We have to live with the data management as well.” Who is providing the tools to help them? And what is the expectation about their sharing that data?

Which brings us to the topic of sharing in general.

Going back to our general self-tracking survey questions, we asked people: Do you share your self-tracking records or notes with anyone, online or offline?

One-third say yes, they share. Of those, half say they share their self-tracking notes with a clinician. The other half share with a family member, friend, or member of a group.

What does that tell you about clinical engagement with self-tracking? Are doctors and nurses aware of how many people are self-tracking? Are they maintaining a don’t ask, don’t tell policy? Who are the patients and caregivers who are sharing, who are showing and telling? How are they different from those who do not share?

Katie McCurdy is an e-patient who created a medical timeline so that she could discover things about her own health AND show the puzzle pieces of her life to her clinicians.

She is one who decided to share, but remember and respect the two-thirds who do not share their notes with anyone.

Think back to where I started – which puzzle pieces of your own life do you display publicly or talk about with clinicians? Which pieces of your life’s puzzle do you keep to yourself? How should that be reflected in our discussions today about self-tracking?

One of the first lessons I learned from Tom Ferguson was to never assume that I knew the full story of someone’s life. It was Tom who encouraged me to do fieldwork in patient communities, listening and interviewing people about how they use the internet as they pursue health. No matter your connection is to health care, you can benefit from listening to patients and caregivers.

Tom drove this lesson home by recommending a book by the anthropologist Diana Forsythe, “Studying Those Who Study Us.”

In one chapter she describes how, in the 1990s, she did some fieldwork in an artificial intelligence lab that was asked to create an information kiosk for newly diagnosed migraine patients. The idea was that patients could walk up to the kiosk, punch in questions, and get some answers before or after they saw their doctor. It was a nice idea, ahead of its time in some ways. But when it launched, it was a failure. Patients were polite, as they often are, but it wasn’t useful. Why? Because the kiosk’s designers had not asked patients what they wanted to know. They relied on an interview of a single doctor to tell them what he thought patients should want to know.

As Forsythe wrote, “The research team simply assumed that what patients wanted to know about migraine was what neurologists want to explain.”

The mismatch was complete. The kiosk failed to answer the number one question among people newly diagnosed with migraine: Am I going to die from this pain? It’s an irrelevant, even silly question from the view point of a neurologist, but it is a secret fear that people may have felt comfortable expressing to a kiosk, but not to their clinician. A secret piece of their puzzle.

How many of us have asked Dr. Google a secret question? I know I have. The open search box is so inviting, especially on our mobile phones, when the intimacy is multiplied.

Think about how you can use that in your work.

Think about how you can avoid the assumptions that will torpedo your project.

The Pew Internet/California HealthCare Foundation survey asked people about the impact of self-tracking on their lives. I’m going to close with these numbers, because I think they represent “what is.” I want you to go build “what could be.”

Let’s help people solve their own puzzles. Let’s create tools that engage people and respect what they want out of life. Let’s map the frontier of what could be.

On a personal note, I was touched by the spontaneous burst of applause I received when I mentioned Tom Ferguson at Connected Health. Many people remember him as fondly as I do and many are carrying on his legacy. When I talked with a few people later, tears sprang to our eyes as we remembered Tom and Diana Forsythe, who also died before her work was complete.

I also loved how many people at both events came up to me privately to talk about their own pair of skinny jeans (or as one man said, “my skinny suit”). The image touched a nerve, as if it is a “secret puzzle piece” that we all share. I hope we can carry these reflections forward into the work we all do.