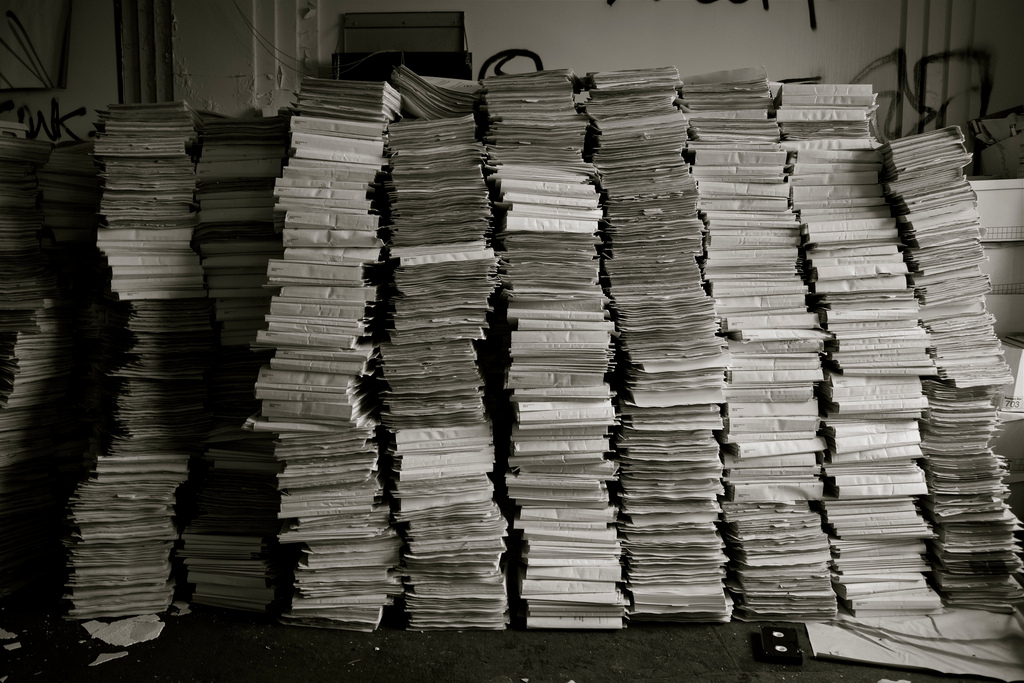 Health care is in danger of missing the point.

(A repost from 2014 that’s relevant today thanks to announcements at HIMSS.)

In 1999, when I was the editor of USNews.com, the dot-com boom was in full swing. Money seemed to be gushing out of the Bay Area and some sharpies at U.S.News saw an opportunity to cash in. They proposed slicing out the most marketable piece of the website — the education franchise — and selling it off for a minority stake in a college applications start-up.

I was aghast. There were good editorial reasons to not sell out to this particular company. But what shocked me was that the publisher did not recognize the value of the school rankings data, laboriously collected and coded each year. That was the gold mine we were just beginning to explore.

What was truly crazy was that the deal included the rights to all education content — the database, the archives, and anything produced in the future — in perpetuity. USNews.com would no longer have the right to display its own content about education, nor generate tools fueled by the school information database. Only the print magazine would be allowed to publish the rankings. To those who didn’t understand how the internet was disrupting publishing, this seemed smart. Newsstand sales of the magazine and annual guides were still a dominant source of revenue. To geeks like me and my team, it seemed insane to lock the magazine into a model that denied the value of data.

So what happened? The deal was halted. I quit. The start-up’s IPO fizzled. The print magazine folded. Only the USNews.com website remains, fueled in part by revenue generated by the school rankings and the consumer-facing database tools we envisioned back in the day.

When I shared this story with e-Patient Dave deBronkart, a patient advocate and health data rights expert, he said, “The publisher thought they were in the print magazine industry, in the same way the railroads famously thought they were in the railroad business. The railroads learned the hard way that what customers needed was transportation, and magazines have learned that what people need is the information.”

I think, unfortunately, that a similar misconception is clouding the conversation about electronic health records.

To me, the parallel to the dot-com bubble is eerie. The EHR boom is in full swing, money seems to be gushing out of Washington, and some people are cashing in.

The most popular EHRs are closed systems. In best case scenarios, people can look, but they can’t touch, correct, or create tools with the data. To take one example, the standard contract for Epic is so restrictive that Paul Levy, former President and CEO of Beth Israel Deaconess Medical Center in Boston, has described their customers as victims of Stockholm syndrome. John Halamka, Chief Information Officer at Beth Israel, has compared its sweep to the Invasion of the Body Snatchers. (For a less dramatic comparison of major EHR vendors, read health information technology analyst John Moore’s rundown.)

Time is running out for anyone to have influence over these choices: office-based physicians and hospitals are implementing EHR systems at a fast clip. As Moore told me, “Putting in these big enterprise IT systems is a little like pouring concrete — once it sets, it is nearly impossible to chip out.”

Maybe health care leaders can learn from all the other industries that have gone before them into the disruption mill. Maybe they will pause to consider: What is the value of the data we generate? What is the potential for good if we are able to share that data with other health care organizations? What if we could escape the EHR trap and create a system that welcomes innovation? How might we build in participation from all stakeholders, including patients and their families?

What business are we in, anyway?

I’m hopeful that the upcoming Health Datapalooza will provide some inspiration for those health care organizations who have not yet made their choice. Because only people who do not understand the value of data would sign it away.

We had a fantastic conversation about this post in 2014 — new thoughts, questions, etc. welcome on either thread or on Twitter, where @granitehead aka Brett Johnson shared: health care is in the business of shared decision-making so should build data-sharing systems. What do you think?