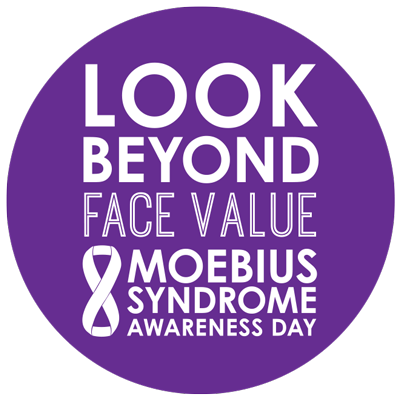 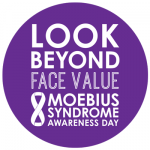 When Burt Minow was born in 1922, his disability — partial hearing loss and complete facial paralysis—was immediately apparent. His mouth was frozen in a sort of frown, and he could not suck on a nipple to get milk. Doctors advised his parents to put him in an institution and forget about him.

But, as his niece Nell Minow tells it, “My grandmother had an indomitable spirit.” His parents took him home, found a way to feed him, and raised him alongside his younger siblings. When it was time for Burt to go to school, his mother forced the school system to take him, confident that he could handle the work despite his limitations. He succeeded, eventually graduated from college, and enjoyed a long career in the family laundry and cleaning business. Nell recalls that her Uncle Burt “was dearly loved by all of us for his witty poems and loyalty to underdogs of all kinds, especially the Chicago Cubs.”

Unfortunately, few people outside his family attempted to communicate with Burt. He couldn’t move his lips when he spoke, so talking with him was like talking with a ventriloquist. And it was difficult to get used to looking at someone whose facial expression never changed.

Because Burt’s condition was so rare, it was not until many years later that he even had a name for it: Moebius Syndrome. It is a neurological condition affecting the sixth and seventh cranial nerves, which control someone’s ability to smile, blink, suck, and move one’s eyes side to side. For some people, it affects the form of their hands and feet, requiring surgery or other interventions.

When Nell began using the internet in the mid-1980s, she realized that if her uncle went online, he could finally have relationships that were not limited by his disabilities. She set him up with an account, and he began communicating with people who shared his affection for the soap opera Days of Our Lives.

On the screen, represented only by text, Burt’s wit could shine.

A few years later, as the web developed, Nell tested new search engines by typing in arcane terms just to see what came up. The web was already growing exponentially, and she never knew what she might find next.

One day Nell got a hit on a search for “Moebius Syndrome.” A family with a young daughter with Moebius had created a web page and located about 500 people around the world with the same diagnosis.

When Nell emailed them about her uncle Burt, they immediately wrote back, asking his age. At the time, the medical literature was quite limited and had no record of anyone with Moebius living past their thirties. For all they knew, that would be the extent of their daughter’s life. So when Nell wrote back that Burt was in his seventies, the family rejoiced and started spreading the word.

As Nell says, “For the last year of his life, he was the elder statesman of a very small but very excited community and it would not have been possible without the web.”

I retold that story at a conference hosted by the Moebius Syndrome Foundation in front of an audience filled with people who, if they had been born 100 years ago, might have faced either the loss of their child or life in an institution. There were so many bright eyes, so many people of indomitable spirit gazing back at me, I had to look down at my notes to regain my composure.

That conference is a chance for people living with Moebius, and their families, to learn from and support each other. New parents meet in one room to share tips about how to feed a baby who can’t suck (one trick is to make the hole in the nipple of a bottle or sippie cup a bit bigger). Parents of older children learn how to help a child with dexterity issues figure out how to write (stick a pen through a tennis ball, which they can grip more easily). And everyone crowds into the lectures on nerve regeneration, neuromuscular retraining, respiratory care, and orthodontia.

That’s the possible future for all of us: to learn from our peers, whether we are dealing with a rare or a common condition.

Studies show that our emotional and physical health improves when we are given the chance to communicate with others who share the same conditions or life challenges. And, after 15 years of research, I have found that the internet’s most important contribution to health is not access to information, but access to each other.

At no other time in history have we been able to communicate across the world, in an instant, with anyone and everyone who has knowledge and experience to share. Never has it been so easy to collaborate, to compare notes, and to solve problems together. But because this connection is not a drug or therapy with a marketing campaign, only a small group of people are reaping the benefits: getting diagnosed more quickly, identifying better treatments, preventing complications, or simply finding the spiritual strength to keep going on with life.

The next time you Google a symptom or diagnosis, think of Burt Minow. Think about what it would be like to connect with a community of people who are taking the same medication or considering the same treatment. Those are your people. Find them. I think you’ll benefit and they will, too. We all have something to learn. We all have something to teach.

Today is Moebius Syndrome Awareness Day, honoring Paul Julius Moebius, the doctor who first diagnosed the condition in 1888. (Note that it’s really tough to say “Moebius” when you can’t move your lips. Try it.)