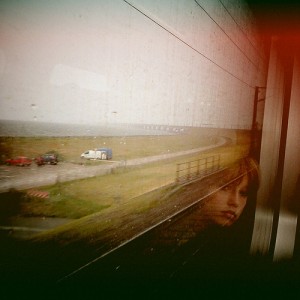 I’ve been thinking about the role of the Pew Research Center* in the world, particularly in regard to how we communicate and disseminate our work.

Here is my idea:

We are both a mirror and a window.

We hold up a mirror to society, reflecting back the current state of all sorts of things, like marriage, immigration, social media, and religion. We don’t tell you what to do about any aspect of it. We just want you to see yourself as you really are.

We also provide a window into other people’s lives and opinions. You may not be Catholic, but you may want to better understand the news about the Pope’s resignation. You may be interested in what people in China think about their country’s role in the world. You may be curious about how much Americans know about current events or what the deal is with Millenials. We’ve got you covered.

In my own work, I have, for example, held up a mirror to people living with rare conditions. Some have told me it’s a good likeness and has helped them to better understand their situation and use of online resources. Other people have told me that the report, Peer-to-peer Healthcare, is a window into a world they hadn’t ever visited, but one they are now learning from. Both groups have thanked me for the new vocabulary and data we used to describe this phenomenon.

I have also found that my research improves the more I listen and the less I ask (a turn-around for a survey researcher, but not for an anthropologist). In listening, and watching, I’ve been humbled by people’s reactions to and usage of our findings.

For example, the most popular pages on our site, week in/week out, are the tip sheets we created about mobile and social networking. It is clear from the traffic logs that people sometimes just want the facts, no introduction, no explanation, no conclusion.

Further evidence for “just give me the facts” is found on Twitter, where thousands of people follow and re-tweet data points highlighted every day by @pewinternet, @pewresearch and affiliated accounts. I’m confident that more people read my tweets than read my reports.

But sometimes people want to be told a story that places our data in historical context or to laugh along with me at my own “skinny jeans” weight tracking. A good speech can change how people think about an issue. So can a blog post, or a Storify. And the resulting public discussions can spread the research more widely than any of our formal reports or traditional news coverage stemming from their release.

Don’t get me wrong: I think there is a place for lengthy reports, with all the detailed tables and methodological explanations. Writing reports takes discipline and anything worth tweeting about must first run the gauntlet of the Pew Research Center’s editorial and peer review. Full-length reports are the starting point for authority and trust. And there’s still nothing like having our research featured on Morning Edition or on the cover of Time magazine. But let’s not kid ourselves. The media landscape has shifted (heck, we study it) and we need to listen to our partners and teachers (aka, the people formerly known as the audience).

So, please tell me what you think.

How were you first introduced to the Pew Research Center? Specifically, since you’re here on my blog, how did you find out about our health research?

If you follow me, @pewinternet, @pewresearch, or any other Pew Research staffer on Twitter, what do you find useful about those feeds?

Do you share our research with other people? If so, how?

What would you like to see more of in the future, in terms of dissemination? Videos, e-books, infographics, an API for our aggregated survey data?

Thinking about your own work, how have you raised visibility about issues you care about? Since we are particularly interested in engaging policymakers, I’d appreciate any stories about how you have been able to reach local, state, or federal leaders.

* I work at the Pew Research Center. I no longer assume that people know this after someone who follows me on Twitter and who had just seen me speak about my research at Health 2.0 came up to me and asked, with a smile, “Where do you work again?” I was perplexed, but realized that he was a fan of the data and insights I shared and didn’t need to know that they came from Pew Research to gain utility from them. His comment was a win if you look at the work I do as contribution to the public conversation, instead of seeing it as a brand-extension exercise.

Photo credit: Everyday is like Sunday, by Bjorn Giesenbauer