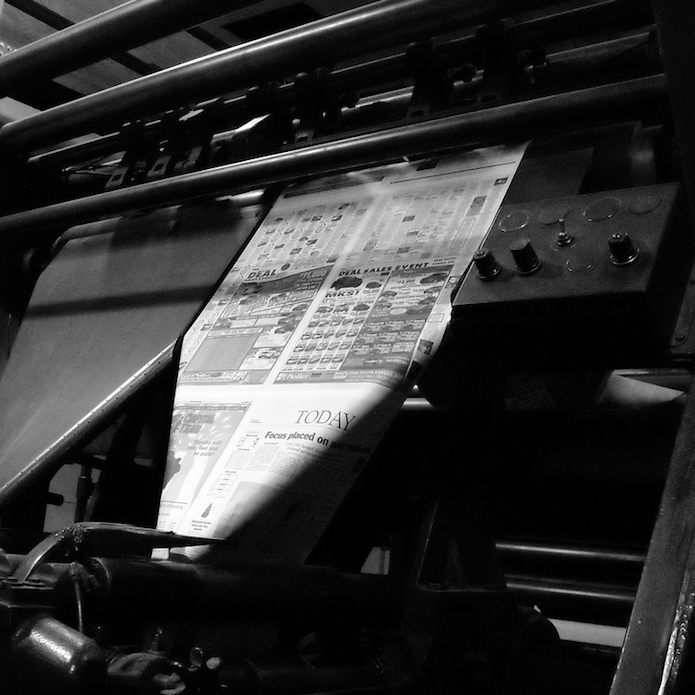 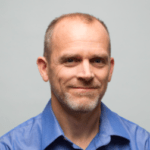 Dave Chase, in response to Recognizing the value of data (2014):

As a confessed congenital optimist, I’ll give my optimistic view of how positive developments are little-noticed, as they were with epic shifts that tore apart the newspaper industry (local digital media was where I spent much of my detour away from healthcare). Big orgs tend to demand our attention but it’s the smaller, but high growth, orgs who will ultimately overwhelm sclerotic orgs using sclerotic technology while disruptors use tech of this millenium/decade — with data frequently a core asset they know how to maximize its value.

Health system CEOs would be well advised to study what newspaper industry leaders did (or perhaps more appropriately, didn’t do) when faced with a dramatic industry change. Turn back the clock 15 years and the following dynamics were present (noting parallels w/ health systems):

Before they knew it, owning massive capital assets and the accompanying crushing debt became unsustainable. The capital barrier to entry transformed into a boat anchor while nimble competition dismissed as ankle-biters created a death-by-a-thousand-paper-cuts dynamic. Competitively, newspaper companies worried only about other media companies or even Microsoft, but their undoing was driven by a combination of craigslist, monster.com, cars.com, eBay, espn.com and countless other marketing substitutes for their advertisers. In addition, there were easier ways to get news than newspapers. Generally, the newspaper’s digital groups were either marginalized or unbearably shackled so that the encumbered digital leaders left to join more aggressive competitors. The enabling technology to reinvent local media didn’t come from legacy IT vendors who’d long sold to newspaper companies, but from “no name” technologies such as WordPress, Drupal and the like.

The parallels with health systems today are clear. Consider the present dynamics:

Death by a thousand papercuts undid newspapers. Likewise, there are an array of innovators carving out chunk by chunk of the healthcare pie. Just as it was easy to dismiss Google, Craiglist, ebay, Groupon, Foursquare, Facebook, etc. so too are the Iora Healths, Caremores, HealthCare Partners, Edison Health, One Medical, Surgery Center OK, Paladina Health, etc. but their value proposition is compelling. All of those players are deploying healthIT in a radically different way than incumbents. Those orgs and their supporting technology take it for granted that patients are a core member of the care team, have access to their data and generally are using IT for competitive advantage. As these orgs naturally become national scale, what seems like a local oligopoly that would be unchallenged forever are suddenly challenged by aggressive tech-enabled enterprises. For example, Edison Health should make every hospital realize that they are no longer just competing with local market competition. Incumbent health systems still have an opportunity to lead but the window is narrower than they believe.

This is already a tome so if you want more, I wrote some on how agile systems will reshape the competitive landscape at http://www.forbes.com/sites/davechase/2012/11/29/healthcares-age-of-agility-will-shuffle-market-leadership/

If you like what Dave has to say, I highly recommend reading his book: CEO’s Guide to Restoring the American Dream.