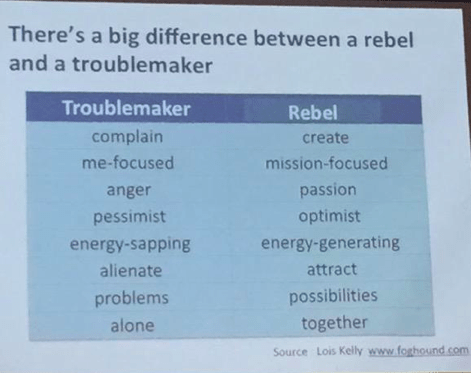 I adore this slide that Wendy Sue Swanson, MD, captured during a presentation by Helen Bevan. The list was formulated by Lois Kelly and I highly recommend exploring her site: Foghound.com.

The word pair that resonates most with me is “alienate vs. attract,” possibly because it reminds me of my grandmother‘s advice: You catch more bees with honey than with vinegar. How about you? What resonates?