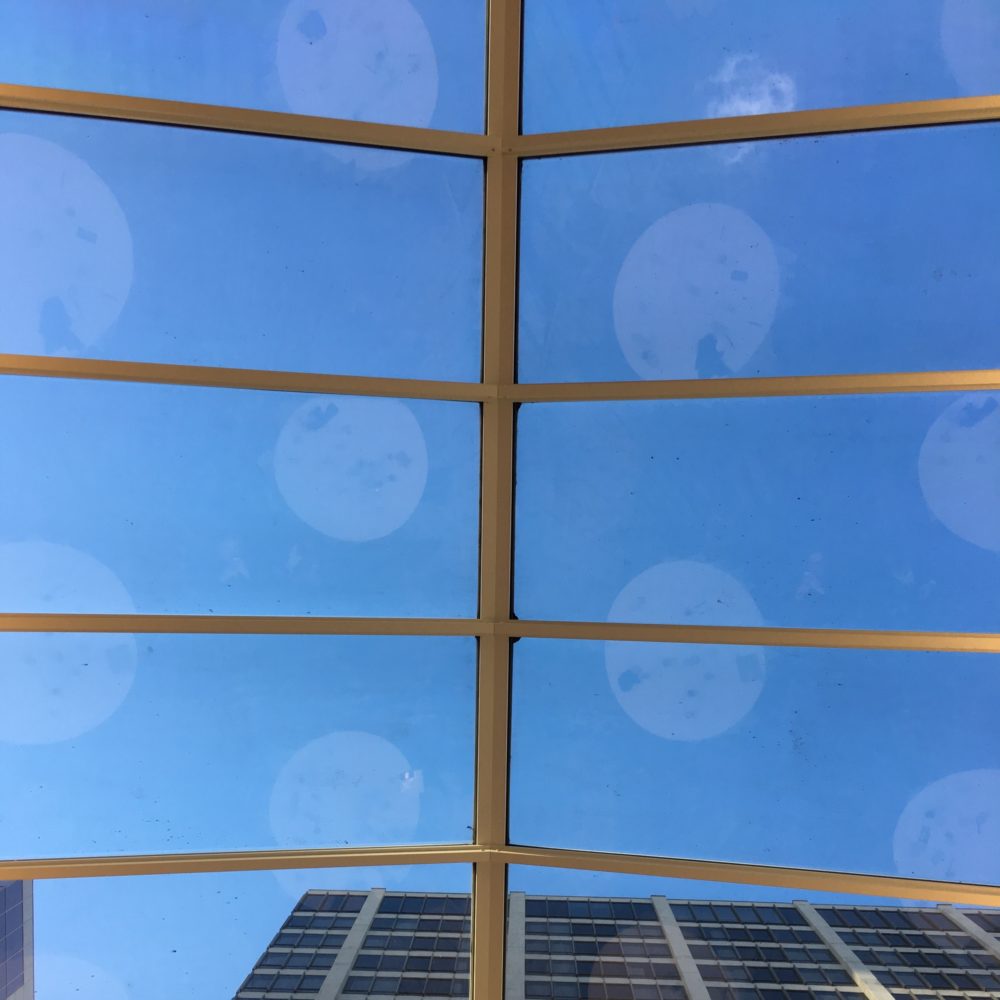 Thomas Goetz, formerly the executive editor at Wired and currently co-founder of Iodine, interviewed me about the work I’ve done and hope to do. I like his description: my research is a hypothesis generator.

I told him some news I haven’t shared publicly before.

Full text of the interview:

Susannah Fox doesn’t have all the answers. But she is great at asking the right questions. The associate director at the Pew Research Center’s Internet & American Life Project, she directs the health research portfolio as well as the project’s digital strategy. In more evocative terms, she’s a self-described “Internet geologist” who, through the power of her astute questions and her capacity to grok the answers, has become something of a soothsayer for what people want — and what they need — from online health resources. She is also a clear thinker, a compassionate listener, and a powerful guide.

In 2013, Fox released the final report based on Pew Research’s seventh Health Survey, a 100+ question poll of 3,000 Americans that covers everything from how consumers interact with their doctors to whether they use online patient forums to their interest in drug recalls. Fox has been asking these questions since 2000, and in that time her Health Surveys have become the essential barometer of how people really use the Internet for health — so it was some surprise when Fox told us during our interview that Pew was no longer going to conduct this sweeping research (at least in the same form). Like many organizations, we at Iodine are in business to serve the needs that Susannah discovers — and so we thought it would valuable to talk about what she’s learned, and what she still hopes to learn.

Thomas Goetz: So Susannah — your annual Health Surveys at Pew are the lifeblood of digital health: you have provided the data for a thousand business models. In the world of usability studies, and where everybody’s trying to understand what consumers are actually doing, you hold the keys to the kingdom.

Susannah Fox: Yep. We have done five reports about the intersection of health and technology based on the current survey. One surprise has been that some of the findings are actually much, much bigger than technology. Two of the most important findings that came out of our 2012 health survey, for instance, have nothing to do with technology. We went looking for stories at the intersection of health and technology and instead we found a major demographic story. That is the population of caregivers has grown from 30% of US adults in 2010 to 39% today. This is a significant shift and one that people think is going to continue to grow. The Pew Research Center was the first to report it. And then, the second big story which came out of this study was the first national measure of how many people are tracking their health.

Self-tracking turned out to be mostly an offline phenomenon, mostly in your head or paper and pencil. Technology plays a minor role. Especially when you’re looking at people who have chronic conditions or people who are caring for someone with a chronic condition, it’s mostly a paper-and-pencil affair.

Thomas: So what can we conclude from that? Actually, I know how you’ll answer that: you can’t make conclusions, you just present the data.

Susannah: Exactly. People get frustrated because they say, “You spend all day every day doing field work in this area and looking at survey data in this area, you know the answer. Tell us.” But in the healthcare setting, my role is to take the temperature, not to give the prescription or even the diagnosis. Our data can tell you that, yes, we have a significant shift in the population. We’re going to be dealing with caregivers and the need to care for people many years to come, so let’s get ready. Or, even though there’s a lot of excitement in the tech industry about Fitbit and other wearables, let me just splash a little bit of cold water on that with some data and let you know that most people who are tracking their health are not using technology to do so.

Thomas: So your research is a hypothesis generator. It’s not anything that gives you answers but at least starts to point you at the next questions to ask.

Thomas: How much does that play into what you decide to ask for the next survey? As you said, you’ve done five of these surveys, and you have a time-series of answers to the same questions, so the one informs the next…

Susannah: Well, I’ll give you what possibly might be some news: The 2012 survey may have been the last of this kind. This last survey I was struck by the fact that it’s not really news anymore that people are going online for health information.

Thomas: Do we really still need to measure that?

My answer right now is no. We are setting our research agenda for 2014 in the next few months, and it’ll be research that will be completed in 2014, 2015. I’m actually not asking to do another health survey like we’ve done over the last decade or more. I’m much more interested in diving down deep into certain groups, like caregivers. This trend data may come to a close, and if anybody has a question or a problem with that, they should get in touch with me [laughs]. Maybe we’ll skip a year and come back to it. Because for now… no more.

Thomas: OK. So then the the 2013 Health Survey data was the last of the breed. Can you give us a hint of what you’ll investigate instead?

Susannah: I’m really interested in looking more closely at what caregivers are doing. How are caregivers leveraging all the technology they have at their fingertips: their smartphones, their tablets, access to the Internet? Are they using that to research in a different way, to take care of their loved one in a different way? I’d also like to use the opportunity that most caregivers have a smartphone. I think that it would be really interesting to follow a group of caregivers, and to ask them to, for example, take a picture of how they manage doing medications for their loved one. I think there’s a lot of kitchen table wisdom that is going untapped. What if we could start to bring that invisible work of caregivers into the spotlight, so that more people can learn from them about the techniques that they’re using to manage their households, to manage medications, and to manage the complexities of the medical care that they’re now being asked to administer at home?

Thomas: We talk about that stuff a lot at Iodine: capturing the messy reality of life. I think that’s one of the things that your research has really given us, is real data behind that messiness.

Susannah: Here’s an example: Caregivers are more likely to have experienced a medical emergency in the past year. So Alexandra Drane has a great idea: Why not put something in their own chart that notes that they’re a caregiver, so that their provider can be sure to ask them, are they getting the screenings that they need? Are they taking the medications that will keep them well? Studies show that caregivers often put their loved one first. How can people acknowledge that and take advantage of now knowing, based on our data, that this is true, that caregivers are likely to have experienced a medical emergency and to be dealing with chronic disease themselves? How can we now use that as a way to reach out to caregivers when they do intersect with the clinical setting?

Thomas: So your research is rock solid on showing how many people use the Internet for health information. For instance, you found that 59 percent of caregivers with internet access say that online resources have been helpful. But here’s what gets me: That only reflects the status quo of what information exists currently on the Internet. And the status quo really sucks! If we agree that the status quo is only marginally successful in serving people’s needs, that 50 percent could be so much higher if the tools were better, if the resources were better.

Susannah: I agree. That’s where the steady state data that we collect on health topics can be instructive. That’s where one of our bedrock findings comes from, that 8 in 10 Internet users go online for health information. When we first began asking people about going online for health information, we got feedback from policymakers and other users of our data that we really needed to unpack what exactly people are looking for. Have you looked online for information about food safety? Have you looked online for information about medical test results, or a drug you saw advertised, or a certain medical treatment or procedure? We made a list of possible areas. And I often look at that list and think, what are they finding when they look for that? Are they finding what they need?

Thomas: I see those topics as a menu of opportunity for people.

When I was collecting ideas for the 2012 survey, I interviewed a lot of experts in the field about what’s needed. Lynn Feinberg of the AARP Public Policy Institute let me know that medication management was the number one stressor of caregivers because they are being asked to manage very complex medication routines. So, there was an opportunity for Pew to add to the AARP data about medication management. Indeed, we also found that it was very important. 39 percent of caregivers say they manage medications. That’s an area that, as I said, I’m interested in exploring more in future research.

Thomas: I have one fundamental question here: For many of us, there’s a presumption that information drives decision making drives outcomes. The hope that if we can improve information, we’ll improve decisions and improve outcomes. That’s certainly manifest in your work. Of course, there’s plenty of research to back this up, but you are in an especially privileged position here. After more than 10 years of this, do you have a sense of that premise being borne out?

The answer, resoundingly, is “Yes.” Health is consistently one of the most popular topics that people research online. That goes back to when we started studying this in the year 2000 to now. And though there are some differences among socioeconomic status, it really cuts across most of the population, that there is great interest in people connecting directly with the just-in-time information that they need when they are probably making a health decision, because why else would you be searching for health information?

What I am most interested in continuing to study is how the connections between people are important in health care. That people are very often looking for that just-in-time piece of information that’s going to help them. They’re also often looking for the just-in-time advisor who can help them. That is, someone who just had the same procedure, who can tell you what the recovery time is going to be like. Someone who’s also taking that drug, who can tell you what the side effects might be if you share some other aspects of health with them. That connection between people is very basic to being human and very basic to being online and I think that that is probably one of the most important things that the Pew Research Center has documented about health and technology.

Thomas: Wow, that was really well said. Thank you.

Image: Blue sky brainstorming (view of a skylight, conference tables reflected in the glass where a swimming pool used to be – captured on my phone after a fantastic meeting in Portland, OR)